In the face of climate change, the race is on to decarbonize our energy system and to seize the associated economic opportunities. With the highest offshore wind procurements of any New England state, Massachusetts leads the way in advancing the potential of this shared resource. 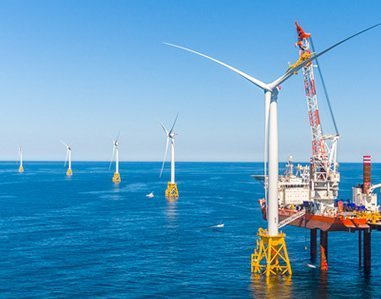 Massachusetts is a leader in offshore wind procurements and policy, having contracted over 3,000 MW of offshore wind across four projects, and it has the potential for much more due to its proximity to the untapped wind resource in the Gulf of Maine. Yet, Massachusetts will need to bring a lot more offshore wind and other clean energy resources online to help electrify transportation and heating and transition away from fossil fuels.

In 2022, Gov. Charlie Baker signed H. 5060, An Act Driving Clean Energy and Offshore Wind, which codifies a goal of procuring 5,600 MW of offshore wind no later than June 30, 2027. The Act also allows the Commonwealth to coordinate offshore wind solicitations with other New England states, and it removes the price cap that previously guided project developers’ bids in response to a state-issued solicitation. The Act further sets preferences for project proposals that make commitments to, among other things, developing equitable workforce opportunities and limiting negative environmental and socioeconomic impacts.

Several analyses have shown that offshore wind will be the linchpin of Massachusetts’ decarbonization strategy – it will likely provide around 50% of the state’s power by 2050. Doing so effectively and efficiently will require meaningful collaboration with other New England states. Massachusetts is well-positioned to lead this regional collaboration on offshore wind as we look toward our decarbonized future.

The Astonishing Potential of Offshore Wind

Offshore wind is the single biggest lever that Massachusetts can pull to reduce greenhouse gas emissions and grow the economy – at the same time.

Elizabeth Henry, the President of the Environmental League of Massachusetts, outlines her goal to race towards the horizon — and create a tipping point in the market for offshore wind. Already, it is 80% cheaper to harness wind offshore than it was a decade ago. A very different way to power our lives, and create the jobs of the future, is within reach. 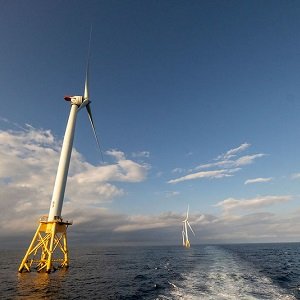 The legislation is a big win for offshore wind, creating conditions for an inclusive and responsible industry and including provisions for grid modernization and transmission.