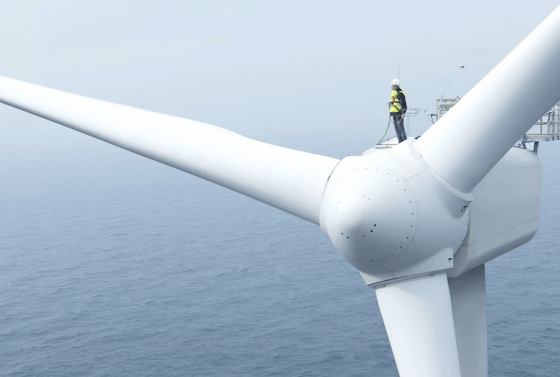 Rhode Island is home to the country’s first offshore wind farm, which began operating off Block Island in 2016.  Governor Raimondo’s 2020 executive order called on the state to meet 100% of its electricity needs through clean energy resources by 2030. In June of 2022, the RI General Court passed S 2583A, which increases state procurements by an additional 600MW to 1,000MW of offshore wind capacity by fall of 2022 and decreases remunerations to 1% of the contract amount, a payment which will be at the discretion of state utility regulators. The bill also holds strong responsible development, labor standards, and equity and inclusion language.

In her State of the State address on January 14, 2020 former Governor Raimondo announced that she would sign an executive order increasing the state’s renewable energy resources, stating that in a few years “we’ll have enough offshore wind energy to power half of the homes in Rhode Island.” In April 2021, the new Governor Dan McKee signed the Act On Climate which sets targets of 45% emissions reductions and net zero emissions by 2050. We look forward to working with Governor McKee to continue to advance responsibly developed offshore wind as a central strategy to meeting the state’s new statutory climate goals.

Two UK-based turbine service companies, GEV Wind Power and Boston Energy, are planning to lease offices in Rhode Island and hire 177 positions combined full-time over the next four years, with others expected to join.